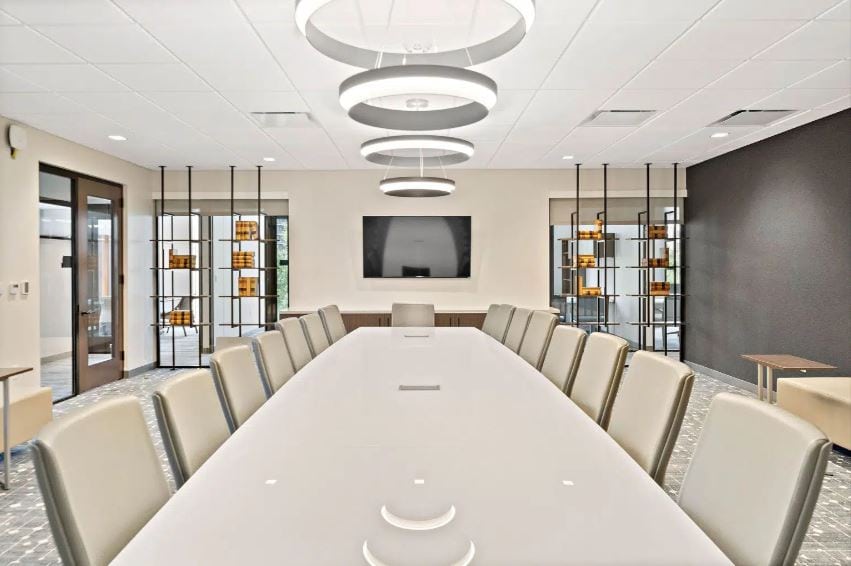 Lone Star Legal Aid has quite a story. Headquartered in Houston, Lone Star has 12 other offices across the state and is the fourth largest free legal aid provider in the United States. The building is 3 stories spanning 42,028/sf of space. During Hurricane Harvey, the building caught fire, destroying the entire first floor and creating many structural issues. AMB Architects brought in consultants to complete the construction team needed to expertly address the challenges the older building with fire and explosion damage was facing.

Managing Principal Breann Nash guided the client through the design process from the very beginning, developing a modern finish palette that has nods to traditional law firm design and highlighting existing building elements that survived the fire. President Alyse Makarewicz was heavily involved in all architectural evaluations, and challenges as damage to the building continued to expose itself.

Member since 2 years ago
View Profile

There are no reviews yet.

Member since 2 years ago
View Profile

So, whether you are experiencing normal turnover on your tenant build out teams or more significant issues, such as broader labor shortages, we are here to fill the gaps.

If you are Houston based, continue to our website directory to find professionals to fill spots in your tenant services workforce now or browse our knowledge space for expert articles and testimonials. If you are outside the Houston market, we invite you start the conversation with us here, as we are also building our tenant improvement professionals network throughout the country.